I had been counting down for weeks and it was finally here: The annual Global Possibilities Summit hosted by the Inspired Women of Worth network (iWOW). Now, I had only been to one other iWOW event which happened the month before in February 2016. But, one meeting was enough for me to observe the threads of greatness that run in the fabric of this amazing network of women. That one event was also enough to leave me expectant of the next, which happened to be the Global Possibilities Summit on March 19th 2016.

At about 10 am, we were ready to begin. The comperes, Izehi Anuge and Theresa Onwuka set the house rules and began to get us primed for the rest of the day’s events. Without much ado, we formed a circle and began to dance round the room to Pharell Williams’ Happy. Contrary to what I would usually do, I was eager to leap out of my seat and dance. I was learning a lesson I wasn’t aware I was being taught: Be flexible. Don’t be rigid. Enjoy life. Dance. Laugh. Enjoy the moments. The atmosphere was noticeably different after the dance and the tone of the event was steadily being set.

The first speaker of the day was Patrenia Werts Onuoha. She quickly taught us how to remember her name with a mnemonic (Pat your knee; I’m as tall as a tree – Pa-tree-e-nia). That was yet another lesson for me – Be memorable in the hearts and minds of those who encounter you. Her speech was aptly titled “Be Distinct or Extinct.” At this point I was scribbling furiously, because I knew that I would need to refer to the notes.

The next speaker to stir our hearts was the visionary founder of the iWOW network, Mrs. Udo Okonjo. Mrs Okonjo’s speech was filled with heart stirring calls to action. She let us know that she was convinced that we were going to birth something great as a result of the summit. Katy Perry’s Roar fast became the anthem for the day as she reminded us to awaken the champion within. She taught with the acronym W.O.R.TH. I’ll share what she said:

Letter W stands for Know Your Worth. You have to discover and gain clarity on who you are and what you carry. When you are on purpose, you don’t have time for distractions.

Letter O is for Out with the Old Beliefs. It’s important to deal with significant limiting beliefs that keep you from rising. The success cycle starts with your belief system.

Letter R represents Raise Your Standards. If you don’t raise your standards, nothing rises. Your goals have to make you uncomfortable.

Letter T stands for Take the Stage. Stand up. Do not be afraid to shine.

Letter H is for Heat! Turn up the Heat. Spend time with people who make you uncomfortable with the size of your dreams and goals.

The energy in the room was so infectious; I don’t think I have ever been in such an electrified gathering. Each speaker chose their own song to which they would dance as they rose to speak. As the audience, we would rise and dance along with them. That was another lesson for me – Celebrate yourself and celebrate others. Dance to the music of life.

Down to earth and relatable, Bukky George of HealthPlus was one of the memorable speakers of the day for me. She embodies the phrase “Impossibilities do not exist here” and I heard that resound, story after story, as she recounted her journey through life and business to us.

The summit was a melting pot of all generations of women. Dr Violet Arene, who is a 74 year old woman, was fully present and passionate with no signs of slowing down. She jumped to her feet to immediately tell us that grace comes before guts, during one of the panel sessions. The panel sessions were full of value. The finance panel had Omilola Oshikoya, Africa’s premier wealth coach, Uche Pedro of Bellanaija fame, Ify Umunnakwe-Okeke, CEO of Lexon Capital and Obinna Ukachukwu, Head of SME Banking at Stanbic IBTC Bank in attendance. These dynamos were able to creatively tackle the questions thrown to them by attendees. Ogechukwu Modie, who is the Chief of Staff to the Minister of State for Petroleum Resources, spoke at the end of the day reminded us to seek to participate in governance and to add value to the nation.

The Global Possibilities Summit was for me, a call to sisterhood, a call to self-worth, self-confidence and above all, a call to growth. The things that really stood out for me were the practicality of the sessions, the intentional push for excellence and boldness and the energy in the room.

Women who wanted to ask questions and were acting timidly were gently prodded to speak out and be bold. This for me was an important act. It was a gentle lesson: Believe in yourself and the world will believe in you.

I saw the spirit and culture of iWOW laced in every single part of the event. As the event wound to a close at 6 o’clock, I found myself hesitant to leave as I was still soaking up the transformative experience that was iWOW GPS 2016.

Recounting every single thing that occurred would take an entire book! Do I mention how the room pulsated as we recited each line of the ‘I Walk on Water’ pledge? How Maje Ayida of the HIIT squad got our energy levels skyrocketing with simple exercise moves? Or how Fuzion Fitness got us moving with Zumba?

It was such a powerful meeting and I can’t wait to attend next year’s summit!

What you can read next 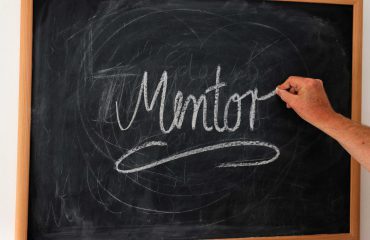 How do I get my first mentor? 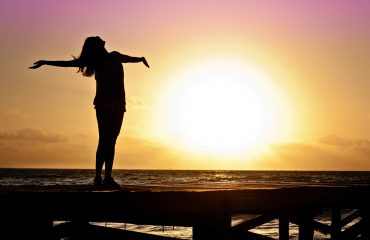 I HAVE NEVER FELT MORE ALIVE!

Get the latest news, stories and events delivered to your inbox. 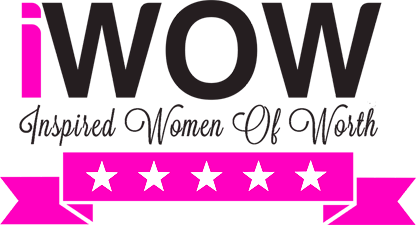 INSPIRED WOMEN OF WORTH

Divinely Inspired Victoriously Anointed Sisters (D.I.V.A.S.) was birthed ‘inadvertently’ yet with ‘precision planning’ by Udo Okonjo (Royal Phenomenal Diva) and an ‘unsuspecting’ team of about 26 women from 6 countries at a series of events held from October 29-31st, 2010 in Johannesburg, South Africa originally to celebrate her 41st birthday and the birth of her miracle baby after recovering from Breast Cancer